From the website of Ohio Department of Rehabilitation and Correction 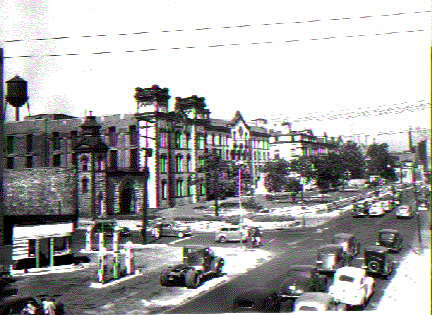 Much debate has surrounded the future of the Ohio Penitentiary. When thoughts turned to demolishing the penitentiary, the preservationist community mounted a campaign to save at least five historic buildings on Spring Street. The City of Columbus is cooperating with preservationists on a federal review of these buildings. However, crews are scheduled to begin tearing down the remaining 15 buildings in March, 1997. Demolition is expected to take three to four months. In addition to the above-ground demolition work, the city must hire a contractor to remove or minimize underground contamination remaining from decades of industrial activity and coal-burning at the site. The 23-acre site, bounded by Maple, West and Spring Streets and Neil Avenue, was the proposed location of a soccer stadium of up to 35,000 seats. However, on May 6, 1997, Franklin County voters rejected a three-year sales tax increase which would have helped finance this project. The future of the Pen site remains unknown.

The Ohio State Reformatory open  Thursdays, Fridays, Saturdays, and Sundays  from 11 am until 4 pm at this time!