You want me to do what? 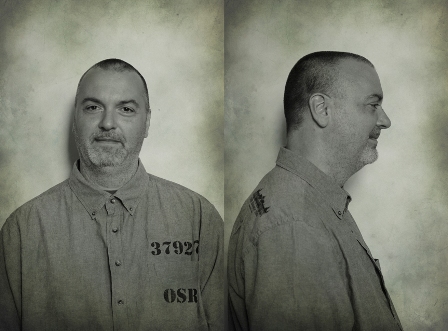 I remember my first tour like it was yesterday.  I had started volunteering at The Ohio State Reformatory in May of 2011 as a pusher for guided tours on Sunday’s.  I was partial to pushing the Hollywood Tour because I loved the Shawshank Redemption and found the stories by the tour guides fascinating.  After about a month and a half, Kim starting asking me when I was going to give a tour.  My first thought was “Are you nuts???”  I certainly was no public speaker.  In fact, in high school I would take an F before getting in front of the class and speaking.  I told her I would think about it and to check back with me after I get back from vacation in July.

It was the last Sunday in July.  By this time, my daughter Alexa (she was 11 at the time) was coming with me every Sunday to help push tours.  It was a great bonding tool for us (I may discuss that in another blog).  It started like most Sunday’s at OSR, we arrived, signed up to push our tours and did some cleaning before the gate opened.  After the first Hollywood tour, I noticed there was no one signed up to give the last Hollywood tour of the day, although Alexa and I were signed up to push it.  I remember Kim looking at me, smiled, and said “I think you’re ready to give a tour, you are giving the last Hollywood tour today”.  My heart sunk.  “You want me to do what???”

Now, typically the last Hollywood tour was also the biggest tour of the day.  It was the last tour to go out and Kim was not going to turn anyone down.  That day was no different.  So, here I am with about 15 minutes to go before I was to start, the tour was already overbooked (typically it would cap at 40) with over 50 people paid for, I have not prepared and my heart is racing.  Yeah, this was going to be an epic fail.

I nervously made the announcement for the tour to meet on the West porch and made the walk with Alexa to West Admin.  I remember peeking out the window and seeing this huge crowd gathering outside, feeling like I was going to puke or pass out.  Alexa just looked at me and said “You don’t look so good dad”.  I opened the door, managed a smile and invited everyone to come in.  It seemed like an eternity waiting for the guests to file in to the first floor of West Admin, suddenly the door shut and all eyes were on me.  Oh crap!!  I again managed a nervous smile, thanked everyone for coming and introduced myself.

My mind completely went blank.  I looked at the crowd and told them it was my first tour and I was extremely nervous.  Suddenly all of these words just flowed out of my mouth.  I was spewing out info on the prison, the movies, the TV shows, making jokes, moving the crowd from place to place and they were actually paying attention.  After about 5 minutes the nerves went away and I was having a blast.  I didn’t even realize how much I knew about the building and the movies that were filmed there.  Suddenly, we were in the mail room at the end of the tour.  I thanked everyone for their patience with me and got a huge ovation.  Four people tipped me (which I happily put in the donation jar) and just about everyone complimented me on a job well done.  The best part was Alexa giving me a hug after everyone left and telling me she was proud of me.

From that point on I was hooked.  I love giving tours and showing off this beautiful building.  I have been giving tours for over 2 years, including ghost hunt tours and private tours.  I will say this, as much as I love giving tours, I still get butterflies before every tour.  They only last a couple minutes, and then it is game on.  Hope to see ya soon!!

The Ohio State Reformatory will be OPEN on July 4th.